When you look out your window and see 12 feet of snow and it’s -35 degrees, naturally you’re thinking of growing pot outside in the summer. There’s nothing quite like smoking weed you grew yourself, not too mention that it is extremely cheap. But, as always there’s much to be considered before we start weighing the harvest.

The first and most important thing is where in the world you will be growing and choosing the variety/strain that is best for your area. The high THC producing marijuana that we smoke, originally comes from equatorial regions like Thailand, Colombia, and Mexico, long flowering sativas. The shorter flowering kushes and indicas come from a little further north in select areas of the Himalayas and the mountains of India and Afghanistan…..only. Cannabis has spread across the planet much further but everywhere else it becomes low THC producing…ie hemp. Ruderalis is yet another variety that comes from even further north into Russia and China. This variety is low THC producing and because of it’s location has developed the ability to flower automatically to survive in the even shorter season.

Marijuana is an annual plant, meaning that it grows, produces seeds and then dies in one season. Even though we are not usually producing seeds, it is very important the we have a long enough season for the plant to be able to do what it needs to do for it to be the best it can. The plant goes through its life cycle, growing in the vegetative stage as the days grow longer from spring into summer. When the solstice comes at the end of June, the days begin to get shorter, triggering the plant to flower and eventually mature. It is very important that we have enough time for this to properly occur before wet and cold weather sets in.

The idea of growing marijuana in your back yard came about because of prohibition forcing prices higher and huge penalties for smuggling and dealing. As well, the buds back in the 60’s were full of seeds that easily germinated and grew rapidly. Soon marijuana plants were growing all over North America….growing yes….maturing, not so much. Those seeds came out of Mexico, Colombia and South East Asia…all long season sativas. Most plants that were grown north of the Rio Grande could not ever come to maturity and produce the same quality of buds. In most cases we didn’t even see a bud, it was nothing but leaf. We were all just too far north. Even though we may have other tropical plants in our yards, they are perennials and we do not expect them to be able to be the plant they are in the land they come from. Many will be huge and have giant flowers we never see….kinda like the weed we were trying to grow.

In the mid 70’s this would all change when the first seeds from Afghanistan came along when Neville Chamberlain, a heroin addicted Aussie in rehab in Amsterdam received a government grant to start the first ever marijuana seed business. All of the seeds he had were long flowering sativas and he quickly found that the plants would not mature by end of the season in Holland either.

His focus turned to making hybrids using the sativas and the ruderalis in an attempt to reduce the flowering cycle. He then made the trip to Afghanistan and brought back seeds that did have a shorter flowering time and started using those in his hybridization program. Neville would virtually abandon the work he was doing with ruderalis when technologies improved to allow for indoor growing.

Meanwhile, Afghani and Northern India, or as we know them as indica seeds had made their way to North America offering growers a better chance at getting some buds to grow. The plants were short and dense…a much darker green with broader leaves and purple hues. The aromas were unbelievable at the time, ranging from pure acrid skunk to sweet and hashy….and it looked more like pot at the end of the season!

This was the time when legendary strains like G-13 and Alaska Thunderfuck came into existence. Strains that we thought were “super weed”, since they were unlike anything we had ever grown before. But it wouldn’t be long before we realized that this faster maturing variety wasn’t nearly as strong as the sativas we had been smoking. The stone was strong but didn’t last very long and if you tried to get as high as you did from the Mexicans and Colombians all you ended up with was a headache. So the natural conclusion was that we needed to cross the two together and somehow bring the high from the sativa into the short maturation of the indica…and thus we began the hybrid highway that today contains countless thousands of strains to choose from. 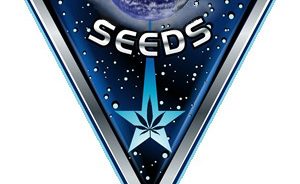